With more than 50 million Americans affected by acne each year, it’s the most common skin condition in the nation. Saif Fatteh, MD, of Lansing Podiatry & Dermatology in Mt. Pleasant and East Lansing, Michigan, offers thorough diagnostic and treatment services for acne. If you’re ready to feel great about your skin, schedule a one-on-one consultation with Dr. Fatteh today. Online booking is one option, or you can always call or stop by the office to check availability.

Acne is a chronic skin condition marked by inflammation and breakouts. It affects nearly 85% of the American population between the ages of 12-24. While acne isn’t dangerous, it can cause significant scarring and have a negative impact on your self-esteem.

The best way to understand acne is to think about the roles your hair follicles and pores play in maintaining healthy skin. You have millions of hair follicles spread over virtually every area of your body except the palms of your hands and the soles of your feet.

Each of those follicles connects an oil gland to a pore, which extends to the surface of your skin. Your oil glands produce sebum, an oily liquid that helps transport dead skin cells and other debris out of your body.

From time to time a hair follicle becomes blocked, and a combination of sebum, hair, and dead skin cells begins to accumulate into a plug. If that plug becomes infected by bacteria, inflammation follows. Acne is the culmination of the cycle involving plugged follicles, inflammation, and eventually a breakout at the surface of your skin 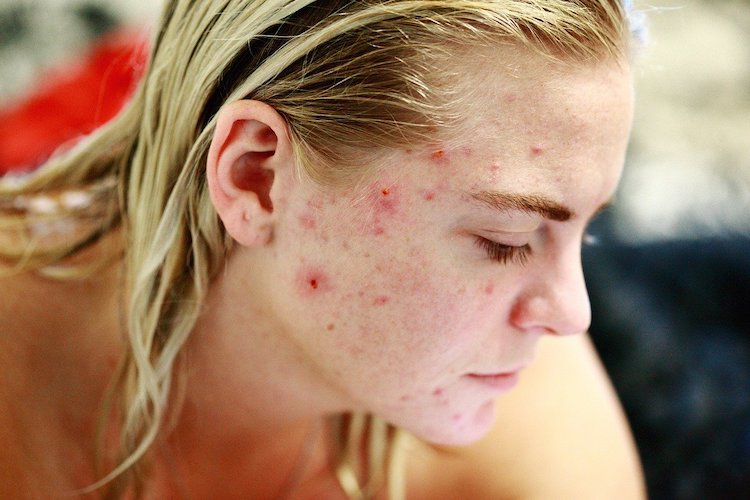 There also seems to be a genetic component to acne. If you have a close family member who suffered from acne, you may be at an elevated risk.

What can I do to prevent acne breakouts?

It might not be possible to avoid all breakouts, but there are things you can do to reduce the effects that acne has on your skin and your confidence. One important thing to avoid is aggressive face scrubbing or washing. This will only force the infection deeper into your skin, making it harder for your body’s natural healing process to restore your skin.

These tips can also reduce breakouts:

Some breakouts will happen no matter how carefully you follow these guidelines, however, it’s important to be mindful of how your behavior affects the frequency of breakouts.

Contact us for any query related to Acne Treatment

Cure the breakouts with our Acne Treatment Services in Lansing and Mount Pleasant.

How is acne treated?

Dr. Fatteh begins by examining your skin and discussing your health history and your experience with acne. He creates a customized treatment plan that aligns with your specific set of needs.

Medication may play a role in your treatment path. For some women, oral contraceptives can help by altering your hormonal balance. Topical antimicrobial medications can help women and men by reducing bacteria known to trigger acne. Oral antibiotics can also be helpful in many cases.

Isotretinoin, sold under the brand name Accutane, is a drug that can help treat severe acne when other efforts have failed to yield the desired result. This medication carries a risk of serious side effects, which is why Dr. Fatteh works with you to determine if this is the best option for your needs.

BOOK an APPOINTMENT to get your personalized Acne Treatment Plan

Its been our patients and their kind recommendations that have kept us going for 60+ years. Staying in tune with our patients is so important to us that we send a satisfaction survey after every visit so we can grow and evolve along with your needs. Please read below to see what our patients have to say about us.

My visit with Dr. Saif Fatteh was possibly one best experience I’ve had with any skin specialist. Beginning from the front desk to the medical technicians, his staff is all very courteous and pleasant. Dr. Fatteh took his time to discuss all my concerns and answered all my queries patiently. If you are searching for a good dermatologist, I highly recommend Dr. Fatteh.

Safe Health PC is outstanding! I visited there with challenging and old acne that was not getting cured! I tried many other skin doctors in Lansing and their medications did not work at all. In fact my acne got even worse. Their treatment was very effective and my acnes start reducing. My skin is looking great again. Their prices are very reasonable for the amazing care I got!

I would definitely recommend Safe Health PC. I got my Botox treatment done from this clinic and it was perfect. Dr. Fatteh gave me all the information regarding the procedure. The procedure was a success and the results were amazing. My skin looks younger now and wrinkles are gone. I am definitely looking forward to my next sitting.

Below is a list of the major insurance carriers accepted at our Lansing and Mt. Pleasant Offices. Please call us to confirm your insurance and we will also confirm your coverage during the appointment scheduling process.

We Take Your Health Seriously.

We are a multispecialty physician’s office who strives to help you have a healthy happy family.

The information contained on safehealthcenter.com is for informational and educational purposes only and should not be relied upon for any medical or diagnostic purpose, or for the treatment of any condition or symptom.  This information is subject to change without notice and should not be considered current, complete, or exhaustive. You should refrain from relying on such information to recommend a course of treatment for you or any other individual without consulting our experts.